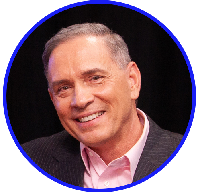 Marc W. Schwartz
By Email: ...
Marc W. Schwartz is a performance accelerator who works with corporate leaders, salespeople, and entrepreneurs to identify and break through the barriers that stand in the way of optimal human performance.

For over thirty years he has trained and coached corporate executives, managers, and sales professionals in 38 countries who want to more fully develop themselves to achieve their career goals. Through a series of powerful tools and processes, he helps managers and leaders develop their natural skills so they can experience greater personal productivity.

Mr. Schwartz also coaches entrepreneurs who want accelerated results. His programs provide the education, resources and a highly refined coaching process that guides entrepreneurs to identify and develop their authentic self, as well as the real passion that will drive them to their dreams…faster and easier.

Marc is also a bestselling author on the topic of leadership. His current books include Power Shift, a business book on how to lead the new generation workforce, The Totally Engaged Audience, a book on creating fearless presentations and Local Business Mavericks, Insights and Innovation From Professionals and Community Leaders. He has written multiple articles on training effectiveness, coaching, leadership strategies, emotional intelligence, authentic selling, assessments and more fully engaging your workforce.

Marc has a BBA in Business Management and Leadership and is certified as a Clinical Hypnotherapist, Corporate Coach, NLP Practitioner, CORE MAP Facilitator and RAMP (Rapidly Accelerated Mind Patterning) Practitioner.

TRANSFORMATIONAL STORY
PC is a forty-five-year-old female Director for a large tech company who came to me with real disillusionment about what she wanted to do with her life. She was an absolute master at her job but had a boss who was a micromanager, overly self-focused and had no clue how to utilize her talents. She felt unappreciated, disillusioned and highly indifferent...not only to her boss but to her job and even co-workers. She was stressed because it was such a dichotomy as she still had to function to do a great job but her heart was not in it. This dichotomy was a real ENERGY DRAIN.

Initially, we did a CORE MAP profile which is a tool that helps identify a person’s true and authentic self vs. their conditioned self. Our research shows that 75% of people in general, to include in corporations, are highly conditioned and stressed out because they are not operating from a place that’s their natural strength. We helped PC to get back in touch with and get to know who she really is, what she really wanted personally and professionally. One of the biggest things we did was work on her letting go of blaming her boss for all that was wrong. To grasp the truth that the only thing she had control of was herself and that being any kind of a victim to this boss was not who she really was in her heart.

Then we built her future around that. She not only let go of her angst and anger and control issues but started actually getting involved and interacting with people and additional company projects that centered around diversity. She started investigating options she would have never considered before to include entrepreneurship and actually has that as a long term goal. I urged her to focus on a longer-term vision for her life so she had some idea of where she was heading, and the skills and insights she would need to develop to get there. In essence, she had hope again that what she was doing was worthy and significant and was a true extension of her more authentic self. She was amazing in that she took the power back that she had given away to her boss and realized he was the one who was highly dependent on her. She always thought it was the other way around and bought into that errant belief but let go of it such that the roles eventually reversed and she was the one guiding and directing him in the end.

She is back on her authentic path of passion and purpose which has increased her energy level, outlook and effectiveness noticeably as a manager.

Outcome - Quote From PC: “I've been working with Marc for a few years and he has had a substantial impact on helping me to see areas I needed to focus on for true authenticity in my professional and personal life. He has an amazing gift of LISTENING and then coaching with positivism and compassion at a completely individual level, which for me, led to enlightenment and direction related to my next career choice. I recommend him to anyone needing neutral feedback geared specifically for them with zero agenda except to help you improve yourself - Marc will bring that and more.”

TRANSFORMATIONAL STORY
When RJ, a Corporate VP, and I originally connected, it took about 3 minutes to hear that his leadership style was very old school and built around the “my way or the highway” mindset. Interestingly, he really was very inclusive on the upfront by getting input and feedback from others but then basically dismissing it on behalf of his own solutions or decisions. His team had gotten used to this approach and tried to avoid giving any input at all viewing it as a waste of time which ultimately led to a REAL gap in trust. Thus, he lost a lot of creditability and influence which left him stranded on many projects. Again, through the use of the COREMAP Profile, and targeted conversations, it was revealed that he didn’t trust many people to “have his back” and nurtured the belief that most of these things were best done by him. Not a good baseline to leverage yourself and build a team of high-performers.

When I showed RJ the Passive Aggressive Adaptation Model, he got it. He understood that he was operating mostly out of the unevolved aggressive position with moments of passivity thrown in (like when he would solicit the input from others that he knew he wouldn’t ultimately consider). Not only was this not effective but it thoroughly confused his team and created a chasm that was bridged only by the momentary but fleeting effects of fear that came from RJ’s frustration and anger.

There were a couple of key target points we focused on to include taking a moment to step back and understand who he was. That he was not a “take the hill at all costs” guy but rather a leader who authentically cared about people and wanted to get things done in a more engaged and collaborative approach. We also got RJ connected to a longer-term vision of himself and how he wanted to be remembered by those who work for him. As he got in touch with that more authentic part of himself, he naturally moved toward the assertive position which is where only about 12% of the population gets to. Reason: most are not willing to do the personal awareness work that springboards them to a higher level of influence, collaboration, care, and INTEREST. Assertiveness is the healthy adaption and certainly is a more effective and resourceful place to operate from as a leader. But, again, sorry to say, many leaders do not know themselves, nor do they spend the time to become aware of who they are or how they authentically operate which leaves many in the less effective Passive, Aggressive or the unhealthy adaption Passive-Aggressive position. Think about this….only about 12% of the population takes the time and does the work to evolve to Assertive. Therefore, 88% of those who ascend to leadership roles are, in fact, carrying a lot of old baggage and unhealthy, conditioned beliefs that are, in part, contributing to the dissatisfaction and disengagement of the workforce.

Outcome - Quote From RJ: “Marc was a highly effective executive coach for me during a period of significant transition in my professional life. Marc identified areas that would benefit from focus. He validated the results of baseline assessments and monitored my progress with a carefully-managed 360 feedback process, assessing my progress objectively over the course of our work together. The changes that I have effected in myself with Marc’s guidance have been remarked on positively by many. More than 2 years after completing my work with Marc, I can say that his coaching was effective and lasting.”